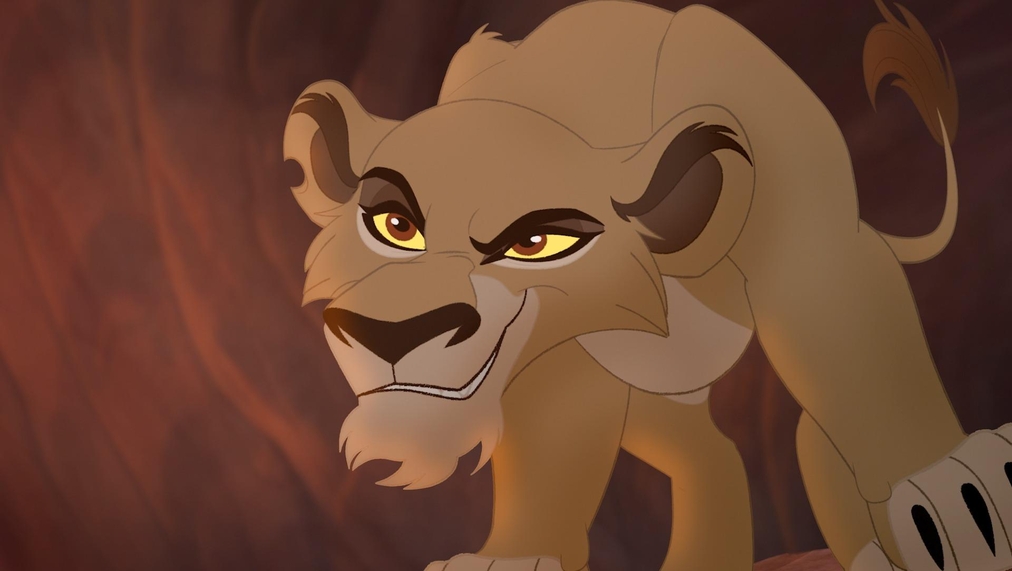 Season 1 Episode 20
Lions of the Outlands

Jasiri, the good hyena, asks the Guard for help.

I got a charecter of my own as well mine is Kira she is a good Lioness she loves her adopitve parents that took her in out from her origingal parents hands from when she was a cub her new mom Tempest Shadow and Dad Kevin Pridelander are the parents that adopted her from the other parents that have abused her Kira is with better parents now for my charecter she got a mate a good Rouge Lion named Koda that she is in love with she loves him very much. she also loves all of her family and friends very much She loves the kids she had with Koda their Daughter Emily and Son Jake. Kira she is an only child but she looks up to her good hyena friends Jasiri and Madoa as sisters they all get along very great and feel like sisters. she cares for anyone always goes to be nice to everyone. 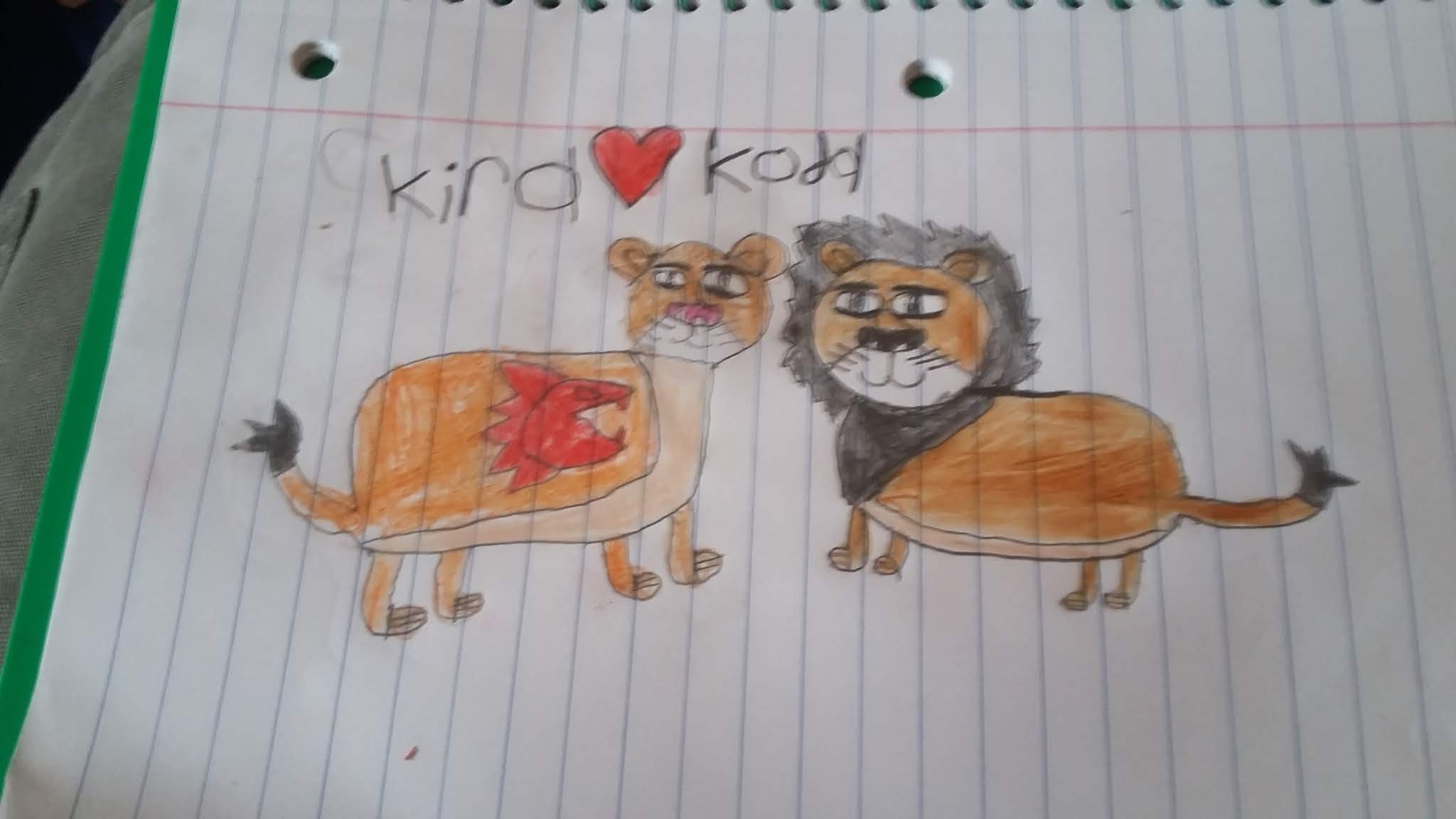 Kira is actually the name of the main antagonist from my Wattpad fanfiction, "The Lion Guard: Bad Blood." Not on purpose or anything, just a funny coincidence. It may also be worth mentioning that in my book, Kira is a cheetah.

That actually sounds really cool. I have my own Lion Guard OC who's a hyena and part of the guard. a Hyena would be a neat member and something most won't suspect.

Yeah, it would. Do you ever ask yourself why the hyenas are so hated? The lions hate them, all the herd animals hate the, the birds hate them, and even the other outlanders hate them. Was there some kind of Lion King Holocaust that nobody mentioned?

I made up my own explanation a while back. I think that they were once good animals, since everyone seems to understand that they, too have a role in the Circle of Life. I think that the Outlands used to be a nice place. There seems to be a lot of dead vegetation and even some water over there. I think that the big volcano over there erupted and caused a cataclysm, driving the hyenas to insanity and forcing them to steal food to survive. That would explain how the elephant graveyard got so big. And why they have such a bad reputation.

But hey, that's just a theory.

Hm in the lion king remake Scar says' You fools excript your land of everything...' so maybe the were to rutheless and killed everyone thing in there land and stole foods from the lions and later on in the remake the hyenas (when Scar lets them in the pridelands) they overhunt not respecting the so called ''circle of life'' so thats probably why the herds hate hyenas

But even before that, all the lions seem to hate hyenas. So I think my theory works better. I like to think that they aren't bad as a species, they were just forced into that role.

Well they are apec predators in the same area and hyenas do steal food from lions and so do lions, common knowledge, really

Well, I guess we'll never know for sure.

Maybe, season 4 if there is one, it might reveal some informantion

Possibly. Maybe it'll be a prequel, but I doubt that.

Well in Lion king movie Hyena's worked with scar and ruined Pridelands/pride rock for eating too much. I think after that Hyean's were just seen as bad. but me personally, I never looked at the Hyena's as "evil" or bad they had no food. and Hyena's are scavengers they eat what other animals don't finish but they will hunt if hungry enough. so to me. No food in the elephant graveyard they are forced to hunt but mufasa didn't let them and so they followed Scar because scar promised them food and that is what they wan't.

1. Well its not their fault, Mufasa banishes them to a place so barren, not a single termite, not a single piece of grass
2. It was a drought in Scar's rule because if they overhunted there should be lots of grass as there are no herbivores to eat the grass
3. Musafa appears in the sky so I'm pretty sure he controls the weather make a drought

Yup, just all this. why I never seen the Hyena's as bad. They where only hungry. and Shenzi being the alpha sense female Hyena's are normally the lead in packs. she was only doing her job taking care of Bonzai and Ed.

Yup, and you are a hyena too

Let me guess it is fuli's evil twin

I won't say right now, but the prologue is out on wattpad right now, so be sure to read that!

What will it be called

"The Lion Guard: Bad Blood." Check it out!

would it by any chance be this one? https://www.wattpad.com/sto...

Yeah! You know, this release is actually ahead of schedule. I wanted to release everything at once, like a real book, but I accidentally hit the "publish" button while working on this chapter, so I just went with it.

doing so as we speak

i like it as a start, ill keep tabs on that, ill wait on giving some feedback on things like pacing and such, seems all good though in the prologue

Thanks for the feedback!

Actually Kiara,
Koda isn't your mate! I am if you watch TLK 2 you will see that as
cubs We fought of Crocs and reunite as adults, Because, when I was in the Pridelands it was for Zira. When, I wanted something more than revenge....
But when Simba exiled me for uh...well DOING NOTHING!! Well he didn't know that, you went to look for me! And when Zira was about to Kill Simba we jumped in and you said, "A wise king once told me we are one..
So, basically you kinda had the whole story mixed up.
Sorry, not trying 2 be rude.....

I understand you weren't trying to be rude Kovu but, you might want to tell that to Simba if he sees this

You and kiara were meant to be together.

Well I guess I kinda have a character although she isn't main or anything. Destiny, a peregrine falcon from another world(a world in a book :) and she can actually travel through worlds and also shape shift, so she comes to "the world of lion king," and turns into a lion and kinda tags along in the stories. (If you want to know, the book I randomly made her from is actually about owls; Guardians of Ga'hoole.

I read that one! Great book, and if you like that kinda thing, there's a spin off series called "Wolves of The Beyond," which picks up after the war of the ember in the last book, and explains the culture and beliefs of the wolves mentioned several times in "Guardians of Ga'hoole." It also explains the wolves' history in the Beyond, and their ancient kinship with the owls.

Wolves are my spirit animal i know all about them! Ill look at "Wolves of The Beyond" :) 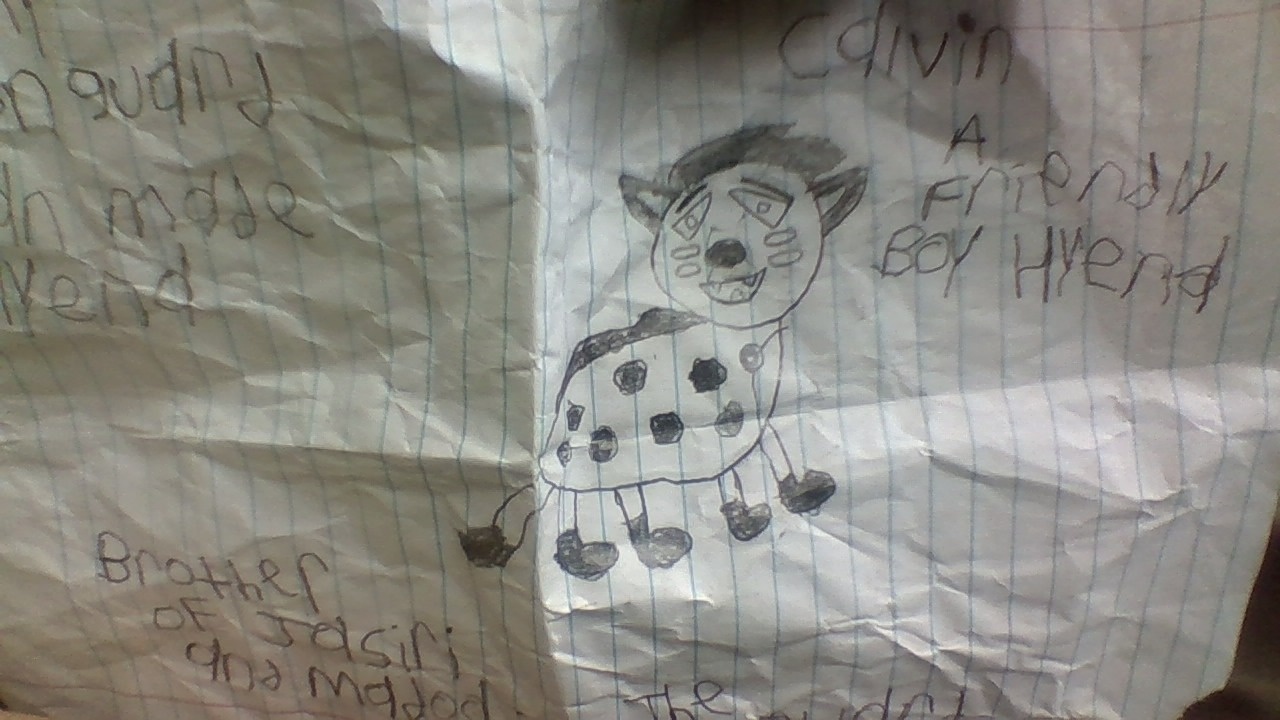 I can show you my drawing but kinda kion tho cause I not great for drawing my own Idea https://www.instagram.com/p...

Lol I made a meme

Kion: Zira, I DO have something to say!
Kion: I have OSTEOPOROSIS
XDDD

Lol i made a meme to

Beshtie: bunga i think somone would find us
Bunga: no if i cant see anyone how could they see me
Beshtie: ok i will dont look at them too lol

I got this:
Beginning
¨Yeah yeah can you feel the love tonight I know all about that mushy stuff¨
End: 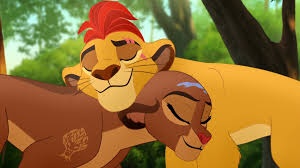 Puberty in a nutshell.

How old is kion anyway, fandom says 19 but I thought lions live to be around 14 or 15 years of age.