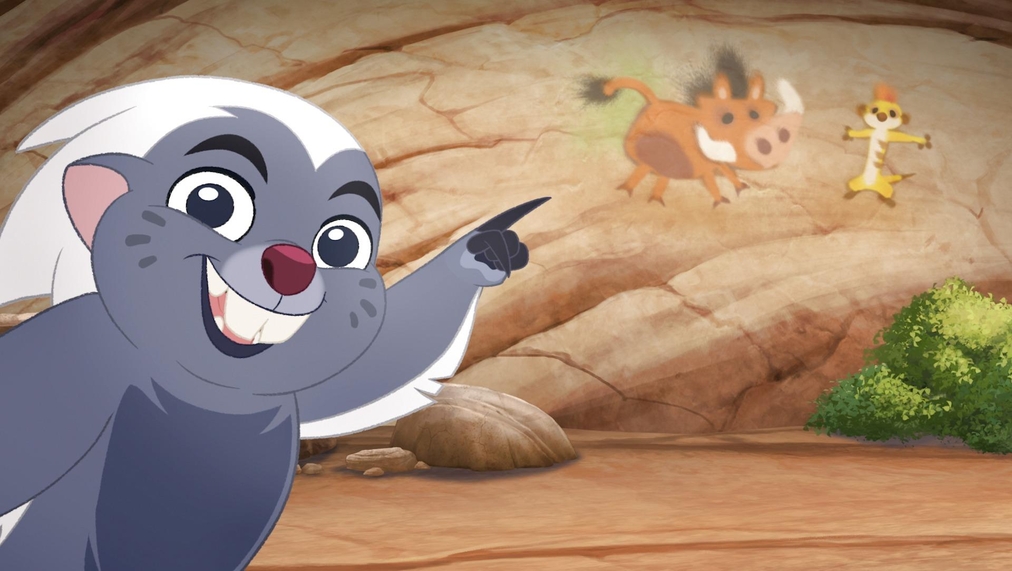 Kion vows to never use the Roar again.

Makuu Judges To Easily,I Hate Him For Saying Kion Is A Coward,He Just Doesn`t Wanna Be Scar

You took the words out of my mouth

I keep telling Makuu, we don't need the Roar to be a good Lion Guard! More specifically, I can actually do stuff and I don't need Kion to do everything for me! Please stop the femminism!

Yeah! Women are no longer damsels in distress! We're independent who can do things for ourselves, especially you, Fuli!

Wouldn't Ono find it difficult to steer without tail feathers?

You could actually see the lions of the past "running" back towards them when the roar bounces back.

Ocarina Of Time is amazing • 2 years ago

Lol Bunga pretends to be a barber

If he ever did my hair, I wonder how mine will turn out.

Sure, I made the video for you after all.

Thanks can we be friends

sure, do you have discord?

I'm in this server. It is a lion king / lion guard comunity.
https://discord.gg/5ZPare9

Nice video was not bad idea after all

I'll do that, just give me some time. I will share it with you when I'm done

Kion uses The Roar at least once in every episode...

Later on in the episode, Fuli gets herself and the others into a TON of trouble by just going in to try and take out makuu and company, she and kion should really have had a dialogue about it. Although I kinda understand why she would do that, after makuu said the lion guard couldn't defeat him without kion, Fuli probably took that a bit personally. I think she is a really interesting character, but is just a tiny bit flawed in some areas.

Just so you know, I made this comment before I figured out how to change my username and profile picture, so that's why it seems like i'm referring to myself in the third person.

In this episode the Hyenas aren't in the wrong. They have to eat too, and the Lion Guard chased them off for being hungry. If I was in Janja's Clan I'd wanna go back for the kill as well. The double standard is unbearable.

It's kind of annoying when predators are stopped from hunting because it's the circle of life, which is the entire motto of the show.
Stopping them also tends to paint them as scavengers, when they actually hunt more than lions.
Or maybe the fact that Janja isnt wanted in the Pridea Lands comes from a political standpiont. Most of the hyenas supported Scar, so they wouldn't be wanted in the Kingdom.

Ocarina Of Time is amazing • 2 years ago