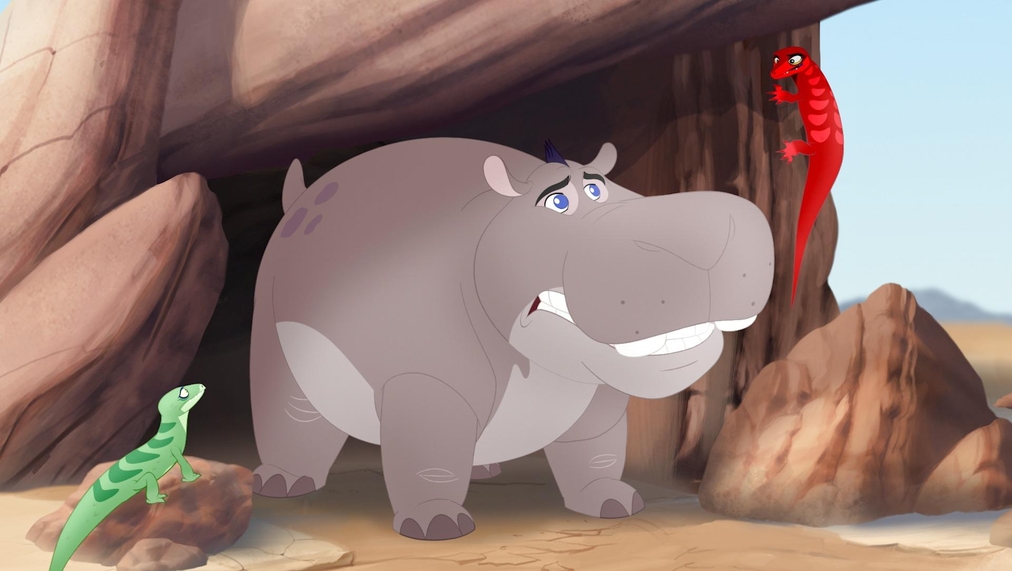 Kion leader of the lion guard • 2 years ago

Kion leader of the lion guard • 2 years ago

Why are you here o.o

Looks to me like Janja's scared of Scar or at least, he resents his authority a bit. I wonder if this come into play later.

Indeed. Janja wanted to use Scar, but when it comes to using others, Scar always reigned supreme.

The most stupid part of this episode when Ono says he knows where rocky plateu is... oh really its not like its just on the other side of those rocks or anything lol

Zebras are so stupid

In the climax scene, I spend the whole thing on the boulder and jump off as it's falling. In reality, though, I fall WITH it, Beshte gets out before the thing falls, and I'M the one everyone thinks is dead. I'm still surprised all I got were a couple bruises and scrapes.

Uh-huh. You know, sometimes reality isn't as glamorous as it is when viewed through a screen. Turns out, Disney wanted Bunga's actions to not almost kill me, at least, in the show, so they edited that bit out. It's a good thing they cut out the part where we walked all the way back to the Pridelands, because that part was full of me yelling at Bunga for almost killing me. Actually, it came to blows at one point. Our "fight" went something like this:

Step 1: I decided that Bunga (rightfully) needed a smacking, and slapped him across the face. He was annoyed, and decided to slap me back.
Step 2: I pick him up by the scruff of his neck, and toss him into the air. I actually planned to throw him about five feet in the air, but I vastly overestimated his weight and threw him three times that distance. Not like I'm complaining. He deserved it.
Step 3: Ono and Beshte caught him and (unfortunately) prevented major injury from happening. Then me and Kion had a talk about how "Bunga's a member of the Guard, too," and how I should "treat him with respect." Like that's ever happening.

PS: Are you being sarcastic or something?

To quote both myself and Kion, Roar!

When you get caught singing reallll loud now that’s embarrassing. Just like Beshte did.

Oh my gosh doesn't beshtie know that if he's singing THAT LOUD, all of the outland enimies are going to hear him and try to attack him seriously cartoon nonsense XD

Those Skinks Were Tricking Beshte.

Janja really needs to watch what he says in front of scar now.

Whose roar, kions or scars.

Then you'll loathe it when you receive it.

I just realized something me and Beshte have in common. We’re both trash at rapping!!

Boooiiii you better take that back

Kat, are you saying Beshte can't rap or what?