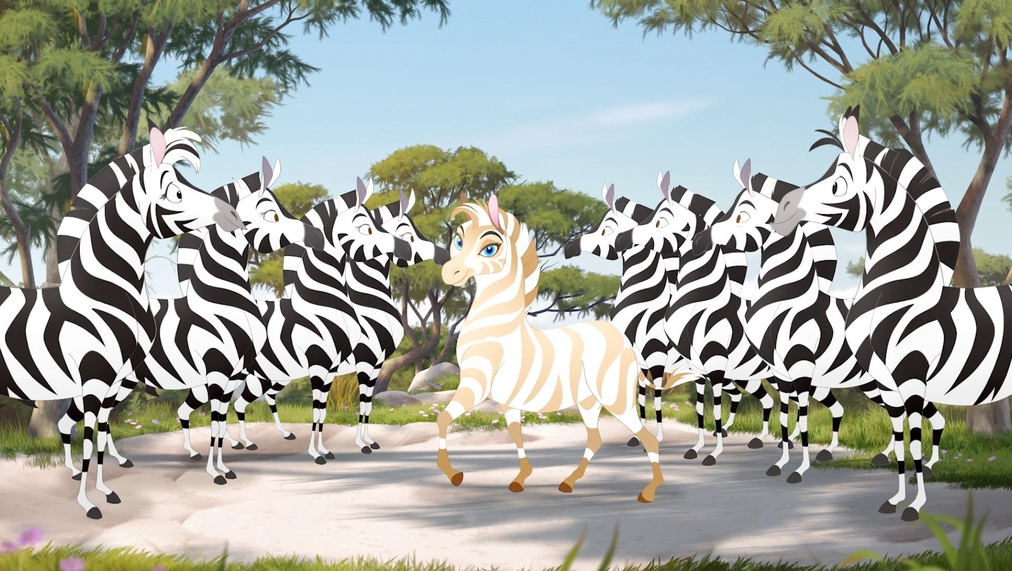 The guard tries to access a new watering hole.

the female leopard with the stripes by her eyes is kinda pretty. I wonder if she's Makucha's mate

Good idea now you can be my mate ;) I don’t know my friend did that

That What i was going to say

A backland episode and no Badili? WHY?

He was probably busy staying in his tree or they couldn't get a hold of his voice actor. At least we got Makucha to come back who is a fun character which people wanted him to come back.

They just invade on others territory! Thats the biggest problem I have with this show . When the others fight back they just kick them out of the way and continue to invade

Anyone else remember the book of the Brightest Star, where Mohatu found more water for the Pride lands? I was kind of hoping it would reference it. Of course I know it wasn't canon but still, when Simba said he wasn't the first king to handle a water shortage, that is the firs thing that came to mind.

I saw this episode.

anyone roleplayers and got facebook add me names phoenix mcphee

Does anyone else agree with me that the leopards in this series should've been colored more like Sabor from "Tarzan" instead of being super pale?

oh my gosh. "I think I like it better when they panic and run." xD

Anyone else notice how makutcha singled Fuli out right away? What's wrong bro? Got something against cheetahs?

I would say the same thing!
Cheetahs and leopards are natural competitors. Leopards often steal food from cheetahs, cheetahs being smaller, weaker, and not built for fighting. However, if there is a large enough coalition of cheetahs, they can chase a leopard up a tree and take the prey.
Plus, when they first met, it was Fuli who trashed Makutcha.

Is dhahabu is going to in another episode and season 3 too.

Seriously why does Ono have to say "EVERYONE! EVERYONE!" like oh my gosh can't you see the poor girls just trying to hide her secret just to make her herd happy

OK FIRST OF ALL WHAT IS WRONG WITH THE LION GUARD LIKE WHEN BUNGA'S ABOUT TO FALL EVERYONE EXCEPT FULI IS JUST STARING LIKE "Woooooooooow I NEVER seen someone FALL before this is sooooo cool so YOU KNOW WHAT! I'm just gonna stare and do NOTHING!" LIKE OH. MY. GOSH. XDDD

Anyone else think the golden zebra was meant to symbolise Trump? Golden-haired, celebrity, ineffectual commander trying to "lead" by making her base happy. ;)

No because Dhahabu is a good leader.

Um, no because Dhabu is suppose to be a leader who is actually good but when a tough situation was presented she hid it so her followers wouldn't be sad. And she is a good leader as we see in the episode with her keeping her zebras safe from predators and willing to go with the lion guard to get the water back. Trump on the other hand is a horrible leader and does not do anything for anyone else but himself. What he does is not to make his base happy but himself himself to be happy alone. Dhabu is a nice character and I am not going let her be compared to a horrible creature.

I totally agree with you, man

I agree with ya'll to

at least Dahabu can learn from her mistakes!